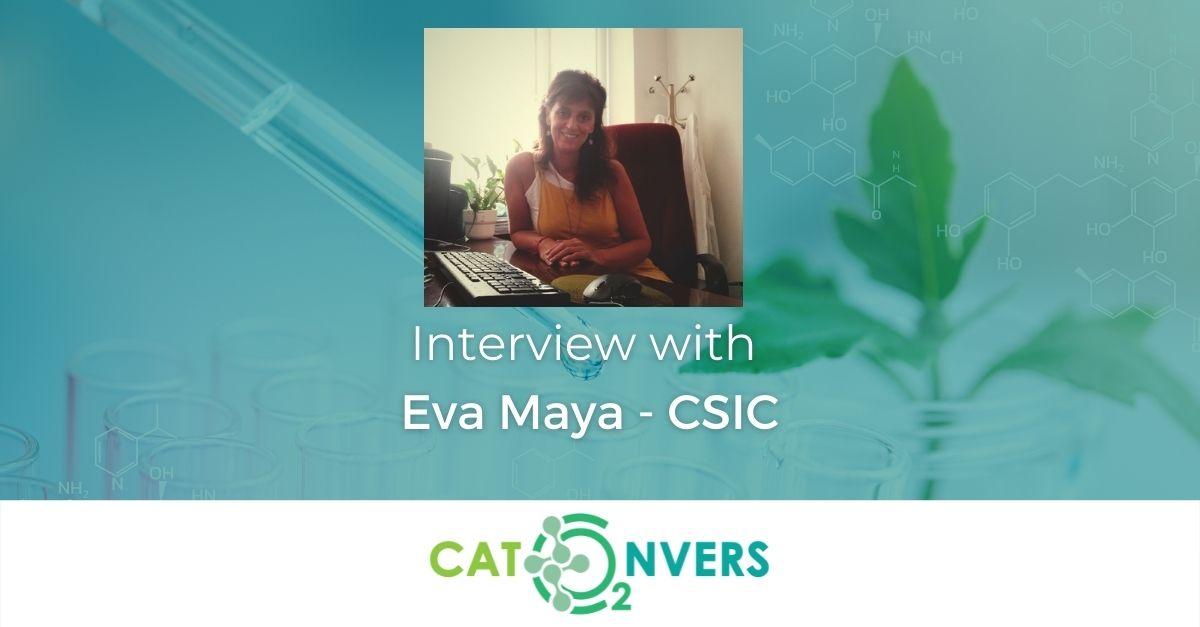 Eva Maya, from CSIC, speaks in this interview about their main role in the CATCO2NVERS project and how they are designing and developing a battery of bi-functional porous catalysts.

What is the main role of CSIC within CATCO2NVERS?

The main role of the CSIC in this project is to obtain a high added value chemical from furfural and CO2 that will be used for the preparation of bioplastics. Specifically, the chemical product that will be synthesized can be referred to colloquially as furfural dimetilester.

The synthesis of this compound has been previously reported by other Scientifics but involves at least three synthesis steps to obtain it. The CSIC intends to prepare it in only one pot through two consecutive steps that involve O2 and subsequent CO2 activations, using the same solvent and the same tailor-made bi-functional porous catalyst for the whole process. The CSIC´s group involved in the project is made up of experts in the synthesis and characterization of porous catalysts. Thus, besides the development of the chemical process above commented, they will assist other project partners with the development and characterization of their catalysts.

Can you talk a bit about the work you are planning to do on the design and development of a battery of bi-functional porous catalysts?

The way to obtain furfural dimetilester in this project is ambitious because it wants to obtain in a unique pot through two consecutive reactions that require first oxygen activation and then CO2 activation. The work plan to obtain bi-functional porous catalysts to develop the above process consists of three tasks. The first one is to find a compound with an active center, conditions of pressure and temperature, which activate oxygen for the first step, and to find another active center, temperature, and pressure conditions to activate CO2, using model reactions. Once we determine which active centers and conditions are the most appropriate for each activation, we will test them together, also in model reactions (second task). If both reactions take place with the mixture of catalysts, we will proceed to the preparation of supported catalysts on porous polymeric structures containing the two active centers. This type of structure (porous and polymeric) will be made easy the diffusion of the reagent and will make the process recyclable. The porous polymers will be formed by aromatic building blocks covalently bonded by cross-linking agents and will be prepared by two alternative strategies: the direct condensation of two monomers both containing desired active centers or by post-functionalization with the second active center of a  porous polymer containing the first active center.

Manage Cookie Consent
To provide the best experiences, we use technologies like cookies to store and/or access device information. Consenting to these technologies will allow us to process data such as browsing behavior or unique IDs on this site. Not consenting or withdrawing consent, may adversely affect certain features and functions.
Manage options Manage third parties Manage vendors Read more about these purposes
View preferences
{title} {title} {title}