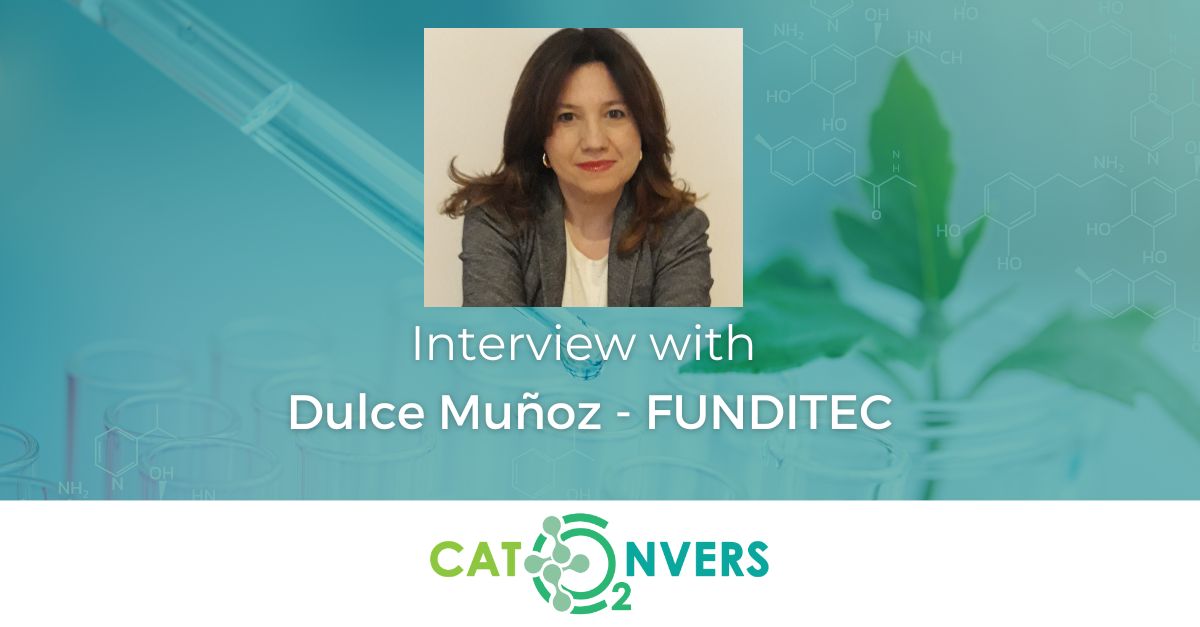 Dulce Muñoz, technical coordinator of the CATCO2NVERS project speaks in this interview about their main role as well as the main challenges.

A third technology will be developed by CARTIF for the thermocatalytic conversion of the CO2 emitted at IMECAL process into bio-methanol. The technology is based on the development of a new multimetallic catalyst over aluminium micro fibrous network structure/hydrotalcite adsorbent without noble metals at low pressure to increase the conversion rate of CO2 to MeOH.

What are the main challenges?

Several important challenges can be mentioned for the above-described technologies. The first one is to achieve the synthesis of both FDME and cyclic carbonates in a one-pot two-step process. The synthesis of FDME compound is reported in at least three different steps and none of them involves the use of CO2 as a reagent. Another challenge of the synthesis of these two building blocks is to ensure that the process runs without isolating or purifying the intermediates that will be formed in the first oxidation reaction and finally ensuring that the two reactions take place in the same solvent and that a single catalyst activates the two processes, which would imply not having to change neither catalyst nor solvent during the whole process. For the conversion of CO2 to methanol, the important challenge using the novel catalysts is to achieve it in conversions and selectivities of the same order or slightly higher than those obtained with commercial catalysts, operating in this case at low pressure (≤ 1MPa).