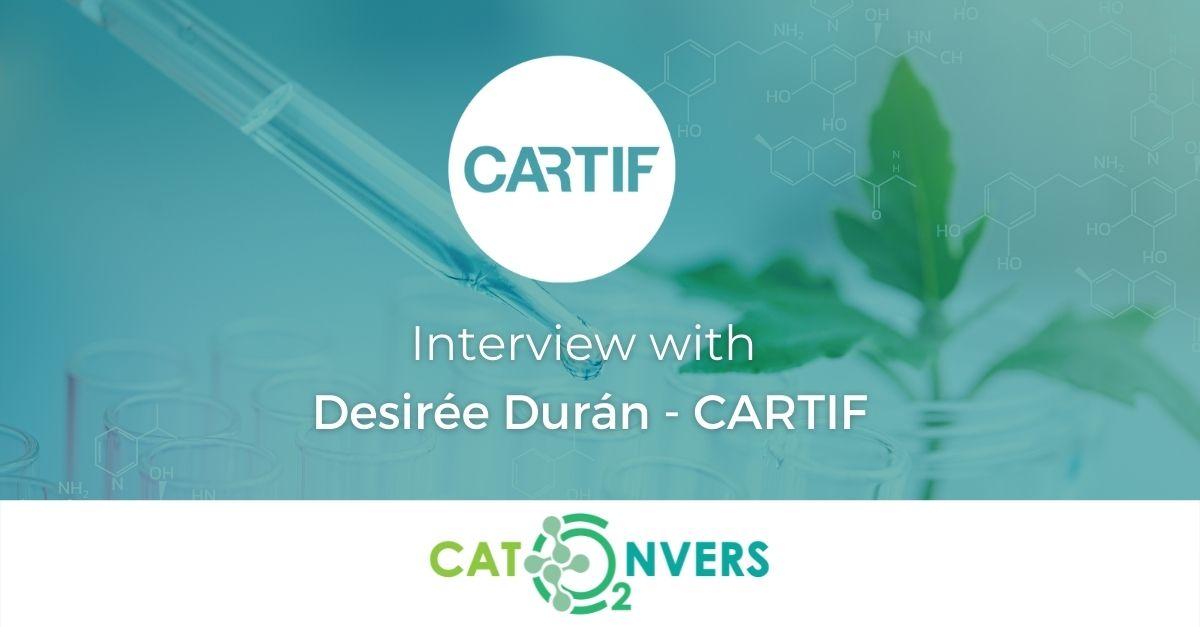 “The primary objective of CARTIF is to develop an efficient process for the conversion of waste off-CO2 gases from the Organic Fractions of Municipal Solid Waste (OFMSW) plant at PERSEO to bio-methanol via thermocatalytic process.” – Interview with CARTIF.

Desirée Durán, from CARTIF, speaks in this interview about their main role in CACO2NVERS and how they are working on the conversion of CO2.

What is the role of CARTIF in CATCO2NVERS?

The primary objective of CARTIF within the frame of the CATCO2NVERS project is to develop an efficient process for the conversion of waste off-CO2 gases from the Organic Fractions of Municipal Solid Waste (OFMSW) plant at PERSEO to bio-methanol via thermocatalytic process. This strategy allows not only the reduction of CO2 emissions but also the generation of a value-added product. Bio-methanol is a versatile and useful chemical. Its use from biomass is more advantageous than fossil products because of its lower impact compared to the current obtaining methods and raw material availability. Furthermore, the properties and characteristics of this alcohol are identical to those of fossil fuel. In fact, PERSEO could directly use this chemical in the solvent extraction of FAMEs, one of the tasks they are responsible for in CATCO2NVERS, for their use in the synthesis of biosurfactants. This would allow a full bio-based circular industrial process. At the same time, the feasibility of the produced methanol will be demonstrated.

Can you talk a bit about the work you are planning to do on the conversion of CO2 to MeOH?

We are planning to develop an active and selective catalyst for the reaction of hydrogenation of CO2 to produce methanol under moderate pressure. Our target is to achieve around 10% of CO2 conversion with 85-90% selectivity to methanol. Indeed, the material is based on a multimetallic catalyst over an aluminium micro fibrous network structure combined with a hydrotalcite adsorbent without noble metals in its composition. By this means, it will be possible to reduce the energy costs by around 55 – 65%, compared to traditional processes at atmospheric pressure.

CARTIF will focus its research activities on the design and optimization of the composition of the catalyst. Furthermore, the operational conditions are going to be defined through a screening laboratory study of the new hydrogenation catalyst. Additionally, we are going to perform a detailed characterisation study by applying a wide range of techniques aiming to understand the relationship between the properties of the catalyst and its activity. This study will allow us to gain more insight into the catalytic process.

Finally, the most promising catalyst will be validated, and its stability will be determined as well.